Trust in UAE’s Leadership Remains Amongst Highest in the World

Edelman’s Trust Barometer 2022 reveals how UAE ranks second globally for trust overall, just below China. The UAE government has emerged yet again as the most trusted institution. 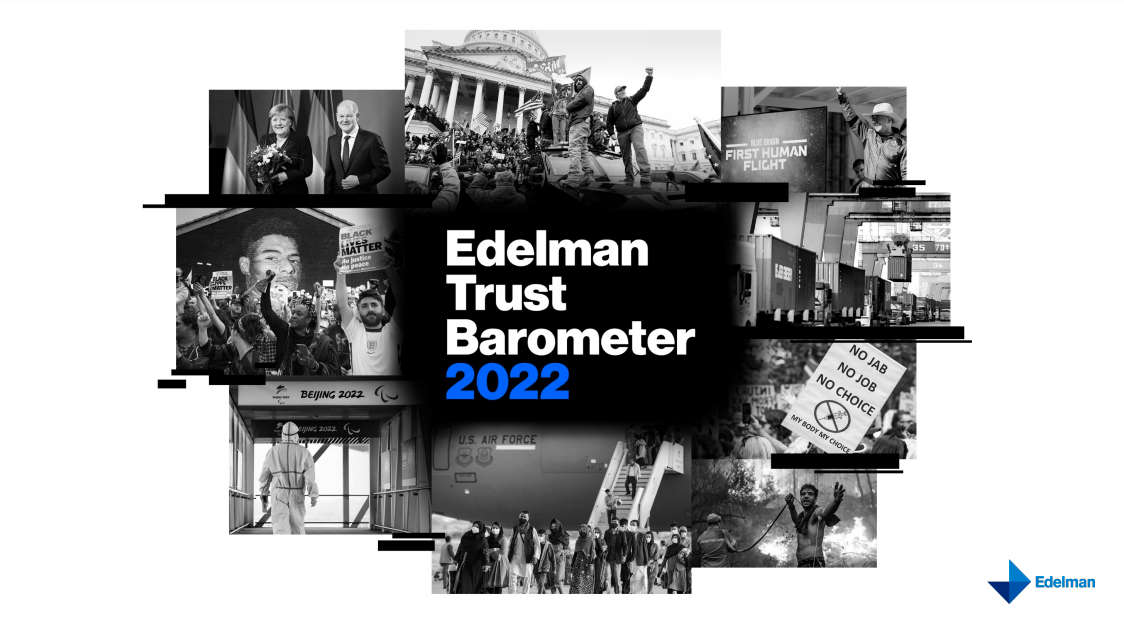 The Edelman Trust Barometer is the PR and marketing consultancy’s 22nd annual trust and credibility survey, conducted by Edelman Data & Intelligence (DXi), which surveyed a sample of more than 36,000+ respondents in 28 markets. According to the research, the UAE government has continued to be amongst the most trusted in the world, with a ranking of 76 percent, representing a seven-point increase since 2021.

To further analyze the research’s findings and derive its value for businesses, their marketers, and policymakers, Communicate spoke with Omar Qirem, CEO at Edelman for the Middle East. 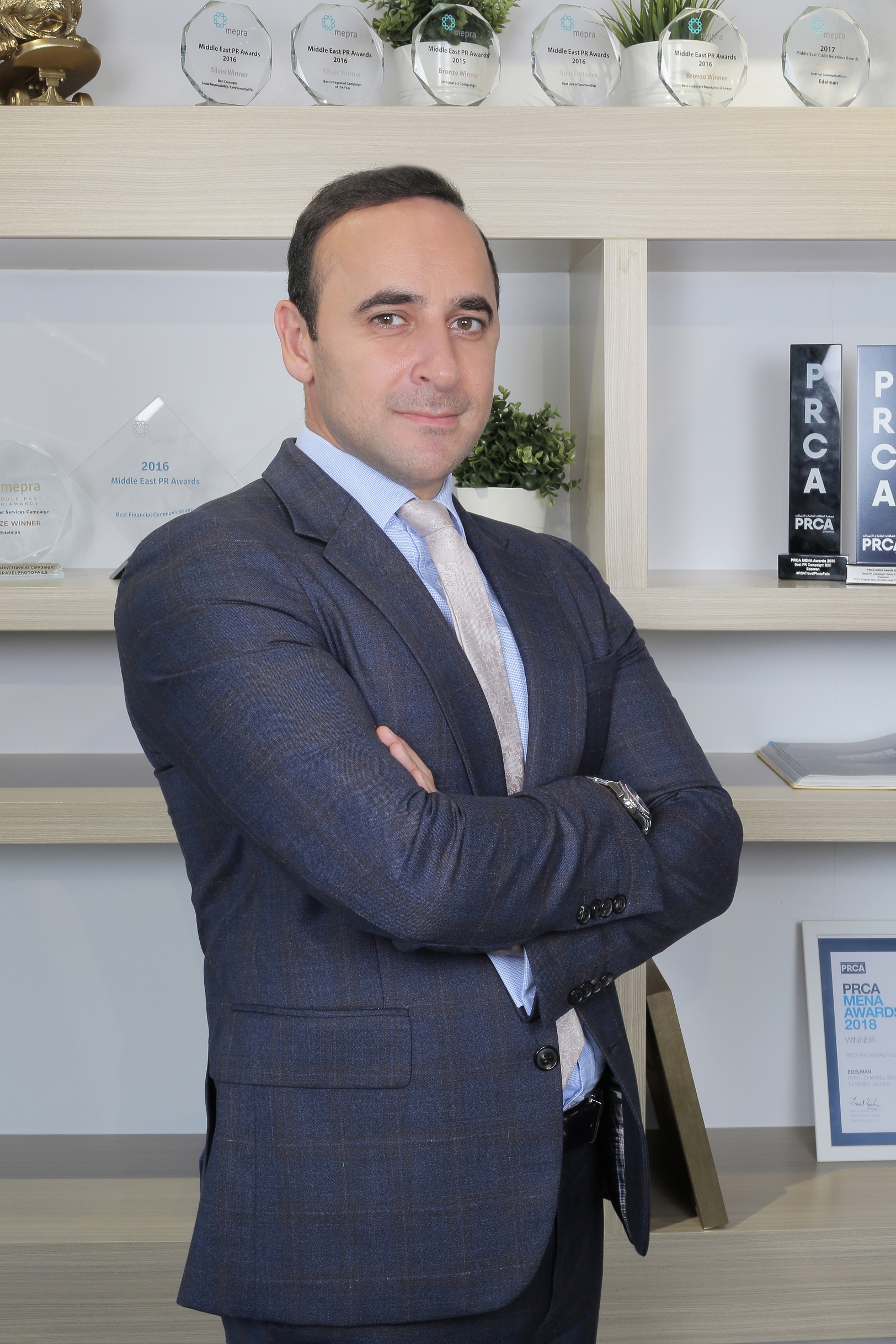 What was the process of conducting the research/survey? How did Edelman gather the data?

We’ve been doing this survey for the past 22 years and we use a very robust methodology. Globally, we surveyed 36,000 people across 28 countries, and it works out about 1100 people per market. Within that we try to speak to people across a broad range, and those are categorized in terms of an informed public and a mass population. Here, informed public refers to the respondents between the ages of 25-64 years, and they are educated to a level of at least a college degree and the mass population group refers to everyone else. An online survey is run through all our respondents which this year was conducted from November 1st - 24th.

How has the pandemic affected the process of collecting the data for this year’s survey?

While there hasn’t been that much of a drastic change, it is worth noting how the statistical nature of the report is consistent with the previous years in terms of the number of markets and the number of people we spoke to, so we haven't let the pandemic limit that. Moreover, in my personal opinion, I’ve noticed that the pandemic has essentially, over the past two years, helped us open up to engaging and communicating online with friends or family online. Conducting the survey has been a lot more accessible. Therefore, I don’t see any challenge that the pandemic raised in terms of collecting the essential data needed.

While the pandemic didn’t really affect the process, how do you think it contributed to the conclusion of this report? How has the pandemic affected the findings of the survey?

In brief, globally, there has been a downward spiral of trust. The cycle of distrust has been growing. But, if you take that for the UAE, all four institutions, which we measured -  government, media, NGOs, and business are all trusted. So that’s the first contrast. The second contrast is that the UAE as a country has risen in terms of the trust. So we've seen a nine-point increase in the UAE being a trusted country. It has moved from the sixth position to the second position, it is also the second-biggest gainer. The first biggest was China with 11 points, followed by the UAE with an increase of nine followed by Thailand on five.

Trust in all four institutions remains the same, but we've seen that government over the period is that it's still the most trusted institution at plus seven points, and now they're on at 7%. There is also a double-digit increase for businesses of 11 points to 78%, followed by NGOs, and then followed by media. While globally trust is collapsing in institutions, in the UAE, it is increasing as a whole.

What factors do you think contributed to this ever-growing trust across all four institutions- government, businesses, NGOs, and media in the UAE?

The report explains how the government has been coordinating with cross-institutional efforts to solve societal problems, which means that the government is working with businesses, NGOs, and media to solve them, not only in terms of strategizing but actually executing and delivering on their promises. Therefore, people are placing trust in the government to successfully execute plans and strategies that yield results. In the post-pandemic time, we saw the government partnered with media to make sure that there was very transparent, accurate information about the latest rules and regulations and what the country was doing to open up to support businesses, individuals, and families schools, etc. This helped people recognize the government as an effective leader in the UAE and that's a strength.

Another reason and this is from me as a communications professional, is that the leadership in the UAE has done an outstanding job in terms of being very proactive and very relatable to their audiences. They’ve also been very empathetic and that is what brought the country together, leading to the high trust that we see in this report.

Are there any effects of the great resignation that the report tracked in the region? If yes, what are they?

There are a number of insights, that were observed through the process, such as jobs, fake news, trust gaps, etc. People in the UAE are worried about being employed in the UAE. Factors like automation, digitalization, cut-throat competition, efficiency, savings, were issues of concern even before the pandemic, but what we're seeing is there is a two-point increase in employment now. This explains that the UAE government has revised social and economic reforms to help its people feel comfortable. For example, the extension of visas, allowed the people to stay in the country longer.

Explain the key takeaways from the survey, that can help marketers, businesspersons in the region?

There are a number of things. Firstly, if you're in the business or in the private sector, embrace that expanded mandate, you're a trusted institution. Lead on issues which concern people, things like sustainability, equality, etc. upskilling focus on talent development, people are still looking for accurate information. Businesses need to make sure that the information they’re putting out provides accurate information that becomes trusted sources,

Second, we're in a very lucky position in the UAE, where all four trusted institutions are trusted and that presents an opportunity to collaborate. Businesses can start working with the government, media, NGOs, etc. We saw examples of these collaborations during the pandemic as well proving how nobody should be doing it all alone.