Volkswagen Amplifies #NotWomensFootball Campaign Ahead of Tournament in Qatar

#NotWomensFootball is a global campaign launched in line with the 2022 UEFA Women’s Championship, focused on the Brand’s aim to demonstrate support for increased diversity and equal opportunities in the sport 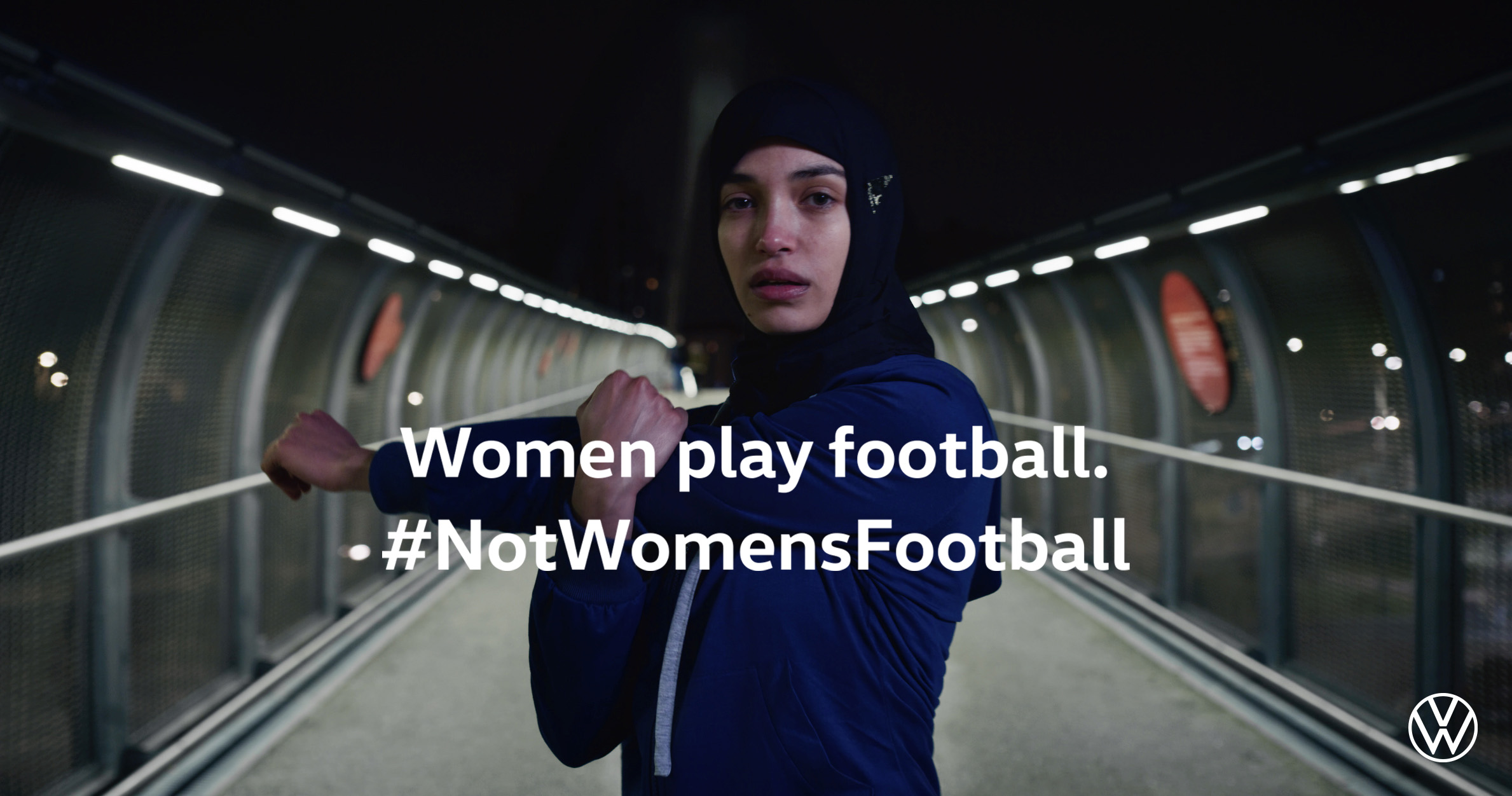 Volkswagen Middle East amplifies its #NotWomensFootball campaign with the aim to empower women in the sport and demonstrate support for increased diversity and equal opportunities. The global #NotWomensFootball campaign debunks the stereotypes associated with women’s football, highlighting that both women and men play the sport equally and will be rolled out across the Middle East with a series of digital and social media content. Alongside its sponsorship of the sport and the campaign, Volkswagen is also the proud sponsor of the Future Leaders in Football Summit - Female Edition), an educational program dedicated to supporting young leaders involved in different roles in football.

The campaign focuses on the common use of the term “women’s football” to describe matches played by female teams and by adding the word “women’s” to describe it, gives the impression that it is an inferior or different type of football, while men’s matches are simply referred to as “football” without any additional specifications. The connotation also suggests the perceived perception of “women’s football” which is not correct as both genders play the sport equally.

It also highlights how much women contribute to the sport around the world, using the footballers of VfL Wolfsburg as a key figureheads for German football over the years as an example and including German Football Association (Deutscher Fußball-Bund) players Alexandra Popp, Svenja Huth and Nicole Ayomi. Regionally the campaign will engage females on social media by encouraging them to show their juggling skills using the hashtag #NotWomensJuggling. Content will also include a series of polls debunking myths about women’s football such as rule changes or smaller pitches.

Alongside the campaign, Volkswagen was also the proud sponsor of the Future Leaders in Football Summit – Female Edition which took place in Jordan in March, and the Qatari edition which wraps up in Doha today. The educational program, in partnership with the German Football Association, aims to support young leaders already involved in different roles in the sport and to promote a sustainable and diverse future for football. A total of 22 young women from across the Middle East and North Africa have participated in the five-day workshop, which includes hands-on sessions both on and off the pitch with several lectures by inspirational figures.

“We are very excited about launching a regional adaptation to the global #NotWomensFootball campaign that launched earlier this year with the UEFA Women’s Championship, at a relevant time in the Middle East. Globally we are committed to diversity and inclusion for a sustainable future, and we are proud to drive change with this campaign,” commented Anja Petrovski, Marketing & PR Director for Volkswagen Middle East.

The campaign is part of the Brand’s social commitment to diversity and underpins its values and corporate culture.