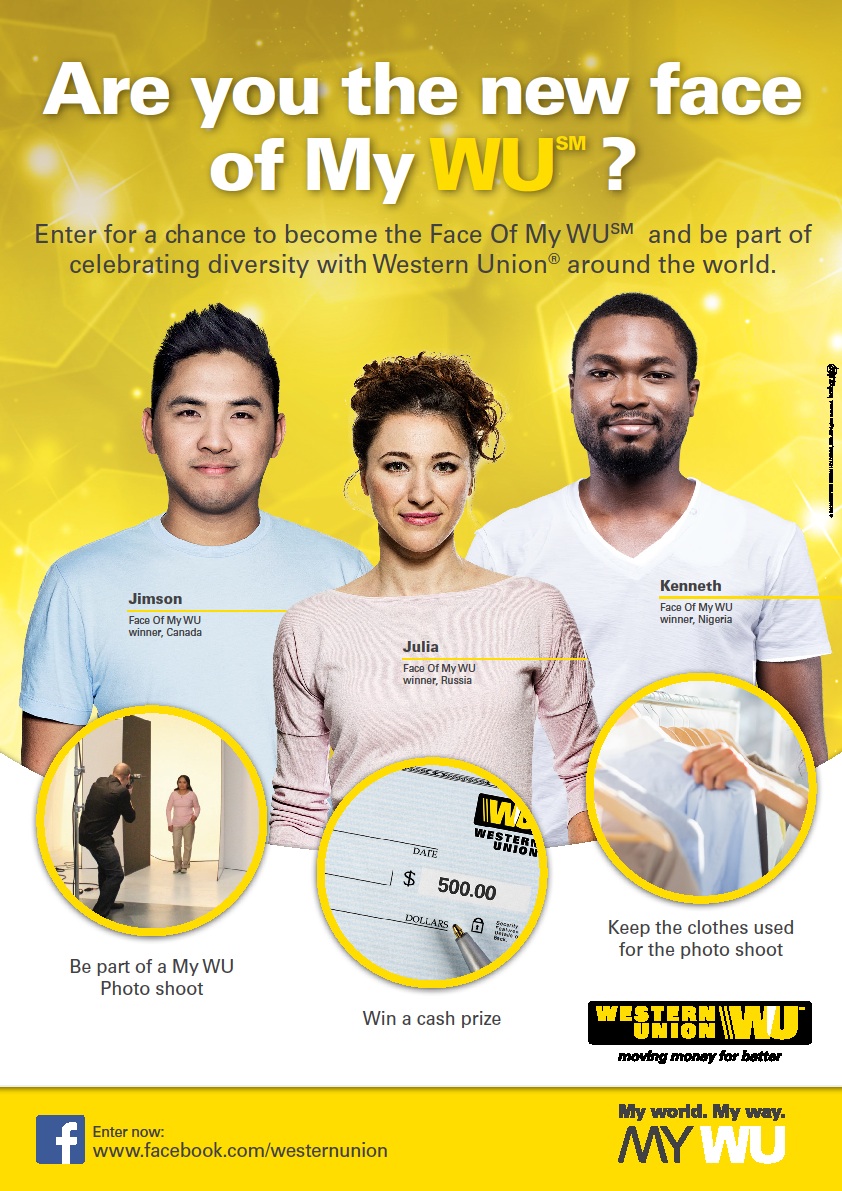 Money transfer company Western Union (WU) recently launched “Face of My WU”, a Facebook competition where, as its name indicates, one UAE resident will become the face of a media campaign for its recently introduced loyalty program, “My WU”. To date, more than 1500 took part in the competition.

Participants were asked to upload their photo online, and to garner votes from family and friends across the world. A panel of judges selected finalists from the top ten entries with the most number of votes, and the winner will be announced tomorrow, and will be part of a “My WU” photoshoot.

Commenting on the campaign, Marc Aubry, marketing VP for MEA, APAC, Eastern Europe and CIS of Western Union said in a statement: “Western Union enjoys over 90 percent brand awareness in the UAE, and our continued success rests on the loyalty and engagement of our customers.”

“Face of My WU” has been previously rolled out in some of the other countries where Western Union operates such as Canada, Russia and Nigeria.