When Art Is Controversial
Insights Culture
Back

When Art Is Controversial 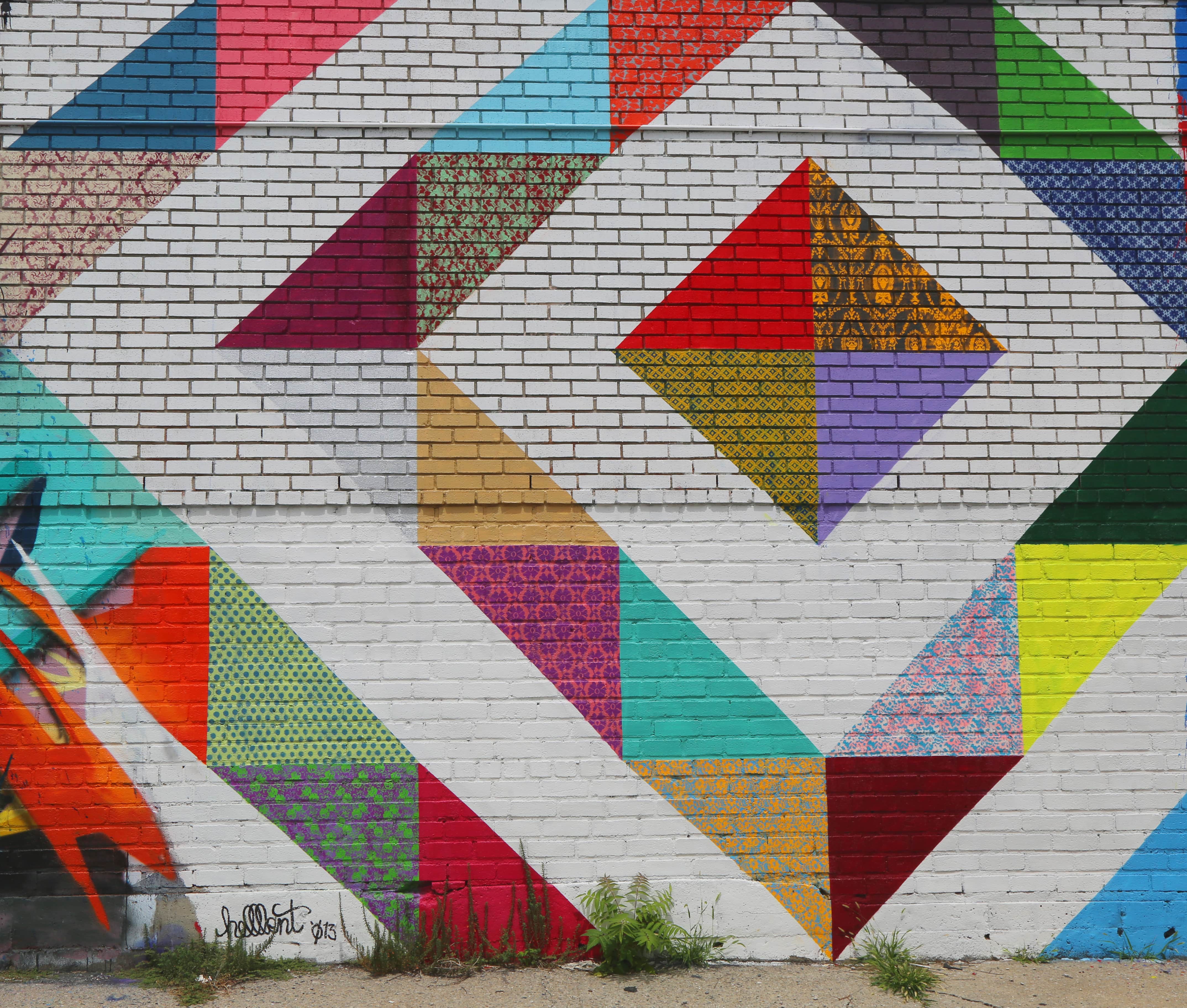 What is art? Is art a concept or an object? Who decides: the artist, the critic or the public? These questions have fueled discussions for decades, as this selection shows. Each has had some effect on the global art scene and has driven it forward. 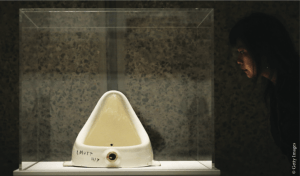 Widely seen as Duchamp’s most famous piece, Fountain is an icon of 20th century art and its story has become legend: Duchamp anonymously submitted it to the New York Society of Independent Artists that promptly rejected it, arguing that a urinal (even upside down) could not be considered art. One of the society’s board members himself, Duchamp resigned in protest. Whether or not Duchamp’s intention was to put the society’s principles to the test, Fountain questioned what art really is and played a hugely influential role on today’s art world.

Maybe Picasso’s most provocative work – from an artistic perspective – actually is Les Demoiselles d’Avignon, but Guernica (commissioned for the Spanish pavilion at the 1937 Paris International Exposition) remains his most powerful. Picasso originally didn’t have any political inclination; however, the massacre of civilians in the small village of Guernica by Spain’s fascist government led him to create this massive mural that has since become a universal denunciation of violence against innocents.

Celebrated abstract expressionist Willem de Kooning was taken aback when his friend young American artist Robert Rauschenberg approached him a strange request: allow him to erase one of his painting – much a presage of Banksy’s self-destructive painting. It took two months to Rauschenberg to erase the original artwork. The result was a framed, nearly blank paper with a few smudges. Erased de Kooning challenges viewers on the conventional ways of creating art, and was received with mixed feelings: admiration for a young talent challenging his elder or anger at the vandalism. As for de Kooning, he was not happy. 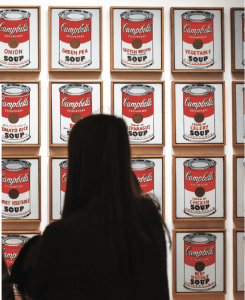 Andy Warhol painted Campbell’s Soup Cans in the midst of the pop art, of which he was a leading figure. It is considered a key step in his transition from hand-painted to photo-transferred art and stirred debates around art versus commercialism when he was exhibited in Los Angeles. Critics harshly clamped down on Warhol, some calling him a “soft-headed fool.” Warhol’s work explored the relationship between art and mass consumption, remaining relevant to this day.

First presented in Japan at a time when performance art was emerging, Cut Piece had Yoko Ono dressed in her best attire and inviting the audience to cut a piece of her clothes with scissors as she sat silently. While at the beginning, some reluctantly cut from the hem of the dress, others got gradually bolder and attacked the front of her blouse. Ono aimed to challenge the passive relationship between an artist and the audience, demonstrating the viewers’ responsibility and ability to potentially harm an object. She also described the piece as a critique against artists who only give what they want to give, as opposed to allowing the audience to take whatever they want.

Ten years later, Marina Abramovic unknowingly took the concept much further, asking the audience to do whatever they wanted with 72 objects that included a rose, a feather, a whip, a scalpel, a gun, or a piece of chocolate cake. As time passed, the public became more violent – the artist says she still has the scars. Not only did a fight eventually erupted, but the audience fled at the end of the six-hour performance, refusing to address what had happened.

The Dinner Party by Judy Chicago, 1979

The Dinner Party installation aimed to celebrate women’s underappreciated contribution to history by way of a large triangular table with 39 elaborated place settings, each representing 39 famous women (real or fictional) in the form of a stylized genitalia. The work (that took five years to complete) was met by applause by some who saw it as a major step in feminist art; but many deemed it vulgar, leading various museums to cancel the exhibition, despite the 100,000 visitors it drew on its first appearance. Today, it is considered a feminist masterpiece.

One of art’s most provocative figures up until now, Chinese artist and activist Ai Weiwei is not afraid to fight for freedom of expression and against the Chinese government. In a nod to Duchamp, he went as far as it can possible be done against the political, cultural and historical establishment when he released three black-and-white pictures of himself dropping a 2,000-year old ceremonial urn. Worth several hundred thousands of dollars and of unquantifiable symbolic value, the urn was a “cultural readymade” for Weiwei who saw his act as willful desecration. In response to his critics, he ironically quoted Mao Zedong: “The only way of building a new world is by destroying the old one.”

This piece was part of Communicate’s September print edition.