Why Are So Many Investors Backing Q-Commerce?
Insights Industry
Back

Why Are So Many Investors Backing Q-Commerce? 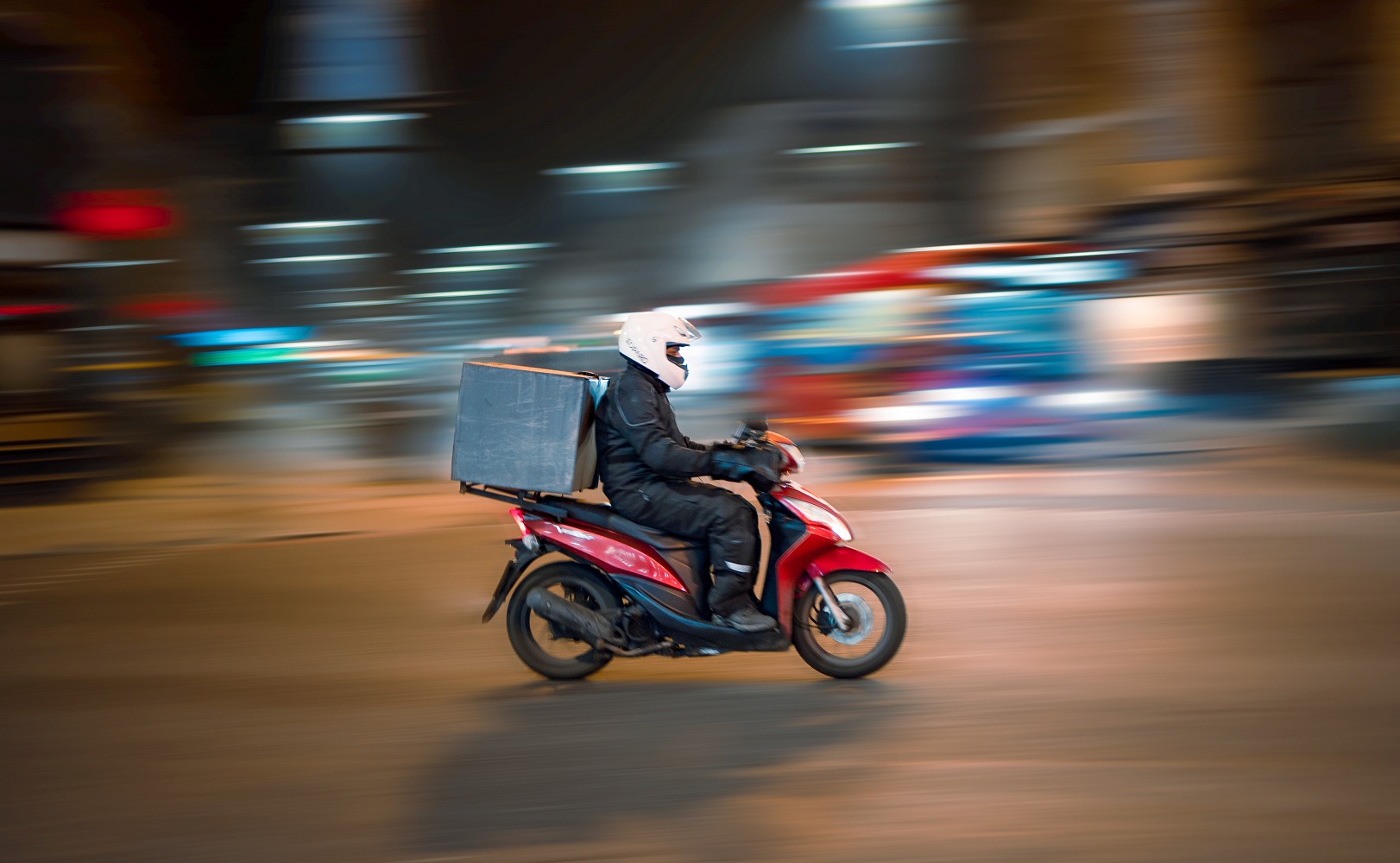 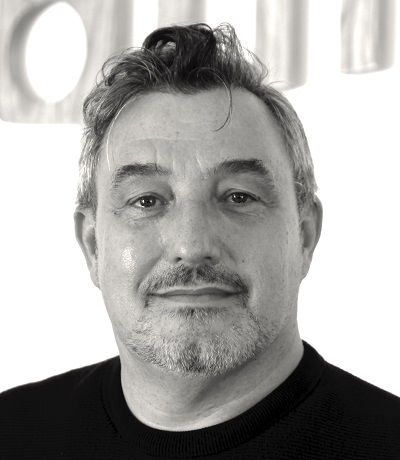 Covid-19 forced the global business community to reimagine its conventional operating models in what was, relatively speaking, the blink of an eye. Fortunately, innovators from all sectors came to the fore, offering solutions to problems few had cause to consider in the pre-pandemic era.

Necessity, as they say, is the mother of invention.

One noteworthy invention born out of this necessity was quick commerce (aka Q-commerce), a concept that involves the rapid, on-demand delivery of items in as little as 15 minutes. Like most market-disrupting ideas, Q-commerce is a disarmingly simple concept, enabling consumers to get their hands on goods quickly, without having to step foot outside their front door.

The rise and rise of Q-commerce

It’s hardly surprising, therefore, that the phenomenon has taken the field of venture capital (VC) investment by storm, with Q-commerce representing one of the world’s hottest commodities last year. The concept has gained significant traction in the Middle East and North Africa (MENA) region, especially in the UAE where online retail is in rude health.

Founded in 2017 by Emaar Properties’ Chairman Mohamed Alabbar, Noon boasts an estimated value of around $1 billion and has already carved out sizeable market shares in segments such as electronics, media, fashion and food. Dubai-headquartered Souq.com made the headlines during the same year when it was acquired by e-commerce giant Amazon for $580 million.

Buoyed by the success of conventional online retailers, Talabat Mart was among the first MENA-based Q-commerce platforms, offering 30-minute grocery deliveries to customers during lockdown. When one considers similar success stories such as Ounass and LetsTango.com, it doesn’t take a genius to see that our region has all the fundamentals necessary for a thriving Q-commerce sector.

While the applicability of this model is by no means limited to the UAE, its Q-commerce sector is nevertheless more mature than most international geographies, both in terms of development and adoption. In the UK, for example, Q-commerce has grown by less than 10% during the last year, and represents only 0.7% of the country’s overall grocery market. Data published by IGD also shows that fewer shoppers are leveraging this option, with only 11% of households in the country taking advantage of rapid retail this year compared to 13% in 2021.

Given the cost-of-living crisis currently facing UK residents, with inflation forecast to top 11% by October, a drop in appetite for Q-commerce among consumers doesn’t seem altogether unreasonable. As families across the country are forced to tighten their belts, many are likely to forego paying extra for rapid delivery. What’s more, it makes sense for this segment to have reached a more advanced stage in markets such as the UAE, where speedy, on-demand delivery has been a common option offered by grocery stores of all sizes for many years.

Although Q-commerce activity in the UK may appear somewhat lukewarm right now, it’s important to keep in mind that the segment has maintained growth despite the uncertain financial landscape. This level of resilience is certainly encouraging for brands in the country that are looking to expand their rapid retail footprints over the longer term. In fact, once economic headwinds begin to calm, I’m confident that Q-commerce adoption will witness a steep and sustained uptick, both in the UK and across other European markets.

At the same time, any company hoping to capitalize amid more favorable conditions will not succeed in doing so unless it invests in its distribution and delivery infrastructure today. A handful of Europe’s savviest players are already drawing on the expertise of Q-commerce organizations with experience of more advanced markets such as the UAE, and I expect this trend to become even more pronounced over the coming months and years.

Although the advantages of Q-commerce are clear, you may still be wondering why the sector is receiving so much attention from VC investors. After all, it’s just e-commerce but faster, right?

Well, yes and no. While it leverages the same mechanisms as e-commerce, enabling customers to place orders via Internet, the true appeal of Q-commerce lies in its ability to expedite ‘last-mile delivery.’

As GlobalData noted in its Q-Commerce – ForeSights report: “Convenience has become a valued commodity for time-poor consumers, with many people willing to pay a higher price for on-demand services as the next level of the customer experience.” Analysis from Bringg.com supports this view, showing that 27% of consumers abandon purchases because delivery is not quick enough, and almost half (45%) are willing to pay more for extra convenience.

In my opinion, goods are almost peripheral when it comes to Q-commerce. While still a matter of supply and demand, the product being sold here is time.

Rapid retail in our region

The global e-commerce market was valued at $13 trillion in 2021, according to an analysis conducted by IMARC Group. The researchers expect the sector to hit a staggering $55.6 trillion within the next five years, representing a compound annual growth rate (CAGR) of 27.4% during the period 2022-27. In the UAE alone, Network International found that year-on-year growth of e-commerce spending was double that of traditional point-of-sale (POS) transactions in Q1 2022.

As a subsector of e-commerce, Q-commerce offers a premium service for customers willing to pay extra for speedy delivery. Far from being in competition with one another, rapid retail models represent a ‘value add’ for conventional online platforms.

This mutually beneficial relationship is reflected by growth within this space. From JOKR and Flink to Getir, Glovo, Gopuff, and Gorillas, we’ve already seen the emergence of six grocery Q-commerce unicorns (startups valued at $1 billion or more) since the pandemic hit. Consultancy RedSeer anticipates that the global Q-commerce market will reach $47 billion by 2030, with a CAGR of 17% over the coming decade. With rapid retail growing approximately 25% faster than alternative delivery models, these predictions don’t seem outlandish.

That’s why I believe the concept is proving so attractive to investors; because there’s no obvious limit to the yields offered by Q-commerce. So long as customers are willing to pay extra to procure goods quickly, the companies that prove most effective in narrowing the last-mile delivery gap can – within reason – set their own premiums.

That’s not to say there are no barriers to growth. Long-standing challenges such as low margins and high delivery costs, coupled with rising global inflation, mean that premium delivery will remain a luxury for many.

However, the sector’s growth prospects are immense. As the replacement of POS transactions by e-commerce continues, the Q-commerce market will expand proportionally.

So, is it any wonder that VC investors are taking notice?