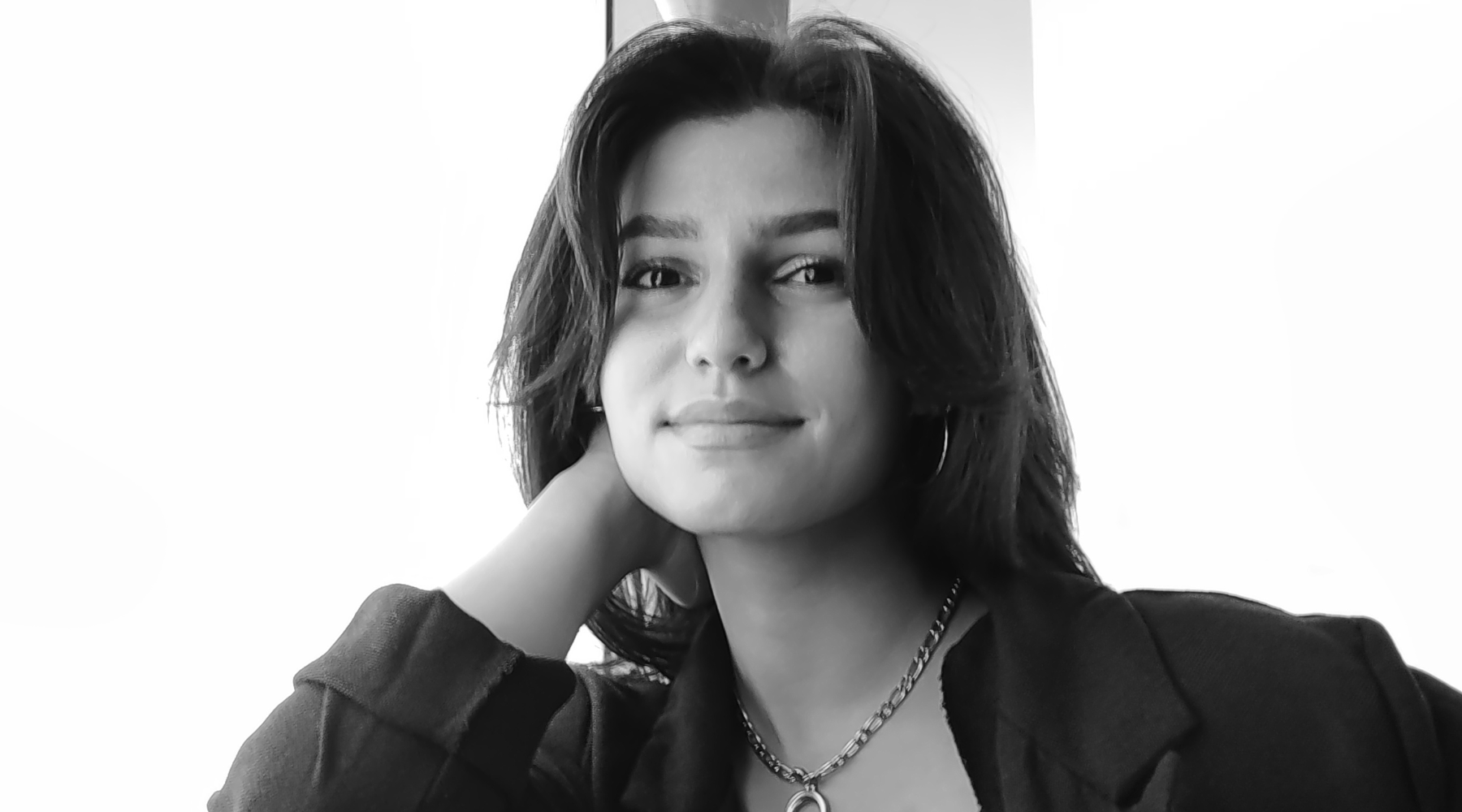 Career overview: My career history is yet to be made…With the passion I have for this industry, I’ve always imagined myself being a part of the advertising world. So, I pursued that interest and graduated from the American University of Sharjah with a degree in Mass Communication with a concentration in Advertising in 2020. Throughout that time, I had a small glimpse of what it would be like. During my senior campaign course, I had the opportunity to work on a 360 campaign with Wunderman Thompson Dubai. I could not be more thankful, because it was then that I realized that yes, I want to always be a part of such a creative space. Three months after I graduated, I started my journey with FP7.

Communicate sat down with Alhamidi to explore her journey to where she stands today and how being a woman has influenced different phases in her career.

What do you prefer about your job?

This world is all about connections with clients, colleagues, and most importantly, the audience. It’s an explosion of creativity meeting culture meeting exposure. It is a bubble of diversity, mindsets, and authenticity. It encouraged me to unlock new ways of thinking by facing challenges that push me to find my own way to solve and discover skills I didn’t even know I had. Being at the office is like being with a bunch of friends; you really don’t feel like you’re at a 9-5 job at your desk. Every day is a riddle in advertising, and I love riddles.

What do you think that, as a woman, you personally bring to your job?

I bring an emotional understanding, a different target audience’s perspective, and diversity in the culture and aesthetic – looking at brands differently, understanding a brief by forming a connection, and beautifying the nature of the job.

In addition, I am also the lead for the Sustainability Initiative in our Riyadh offices as well as the lead of the Culture Committee, aiming to build a better environment for my colleagues.

What challenges do you face in this role as a woman?

A lot of positivity comes with working in the advertising industry. You get great support; you learn something new every day; you get high exposure to different people and different areas in the market.

But let’s be honest though. It is still pretty male-dominated, especially in Saudi Arabia [where], then again, the introduction of women [in the workplace] is fairly new. I saw that as a perfect opportunity for me, a Saudi 24-year-old female, to establish a presence. The main challenge was being the front face for the client. It felt odd – it was just uncommon for women to be involved in client relations and it was not customary for women to be present in a meeting room.

How did you address this challenge?

Breaking the barrier took a while, but I was persistent. I was observant and tested the waters, evaluating what could, should, and was being done.

It took some time, but I started to understand the nature of the client. For example, the client was responsive when talked to with rationales and motives, instead of questions or challenges. Putting my findings to work, I set out to be the go-to point of contact for my client, despite being a junior female employee.

My goals and observations came to fruition when I became an integral part of many different projects, in which my opinion and advice were something that the client sought out. I was ecstatic with the outcome. All it took was a little observation and a lot of guts.

What opportunities do you see for women in this industry in Saudi Arabia specifically?

I had never envisioned myself working in Saudi Arabia. I wanted to work in a place that is [welcoming of] my potential.

But once I saw the shift, from having to tiptoe around to being in demand, I grew with confidence. Many women are positioning themselves to be the face of the market, the reason for change and modernity – no more having to work twice as hard as men or being kept in the back. Women are coming forward and are standing their ground because we were always part of society and now, we’ve earned our spotlight.

In Saudi Arabia, it’s now clear that the age of young female entrepreneurs is rising fast, and being a part of this is exciting. This push that society is giving to women is inspiring… and it inspired me. Now, I tackle the market confidently.

I see many opportunities for women in KSA to lead a movement that is striving to be heard and seen. Women are [part of] the wave of new understanding, new visions, and a new beginning. These opportunities are welcoming women with open arms, to become the next inspiration in marketing.

What do you think women uniquely bring to the industry?

Women bring a unique system of discipline and inclusion; a unique understanding of the needs of others, and forming a loyal bond between a brand and its audience.

Building a bond with a customer is way more than just features and benefits. Women take the brand by hand and understand its very core aspect by asking a question such as, “Why was this brand built?” “Who is the brand for?” We want the audience to feel something towards the product. The brand should not just generate sales; it should create loyalty, trust, and recognition, and that is what we bring in.

Do you advocate for more women’s representation in the industry and if so, why and how?

Every day, I advocate for more women’s representation in the industry. Why? Because I am part of the advocacy and I know how it feels like to want to be heard, and I know we can bring great things to the table. Women excel in decision-making, multitasking, and emotional understanding, which, in itself, brings a whole different perspective into the market.

A once male-dominated industry is [becoming] gender-equal, having more women appointed as managers, decision-makers, creatives, which will lead to a new understanding of different segments of audiences. Women understand not only women but also men and children. So, communicating to them is the easiest part of their job, especially in an industry where everything is about the target audience, be it a female, male, or child.

What do you think about women’s voices in the region in general?

Our voices are being heard and will continue to be heard. We are creative, inspiring, effective, and intelligent. Nothing will stop us.