YouGov's Advertiser of the Month KSA - August 2022
Insights Industry
Back

Which brands made it to the top? 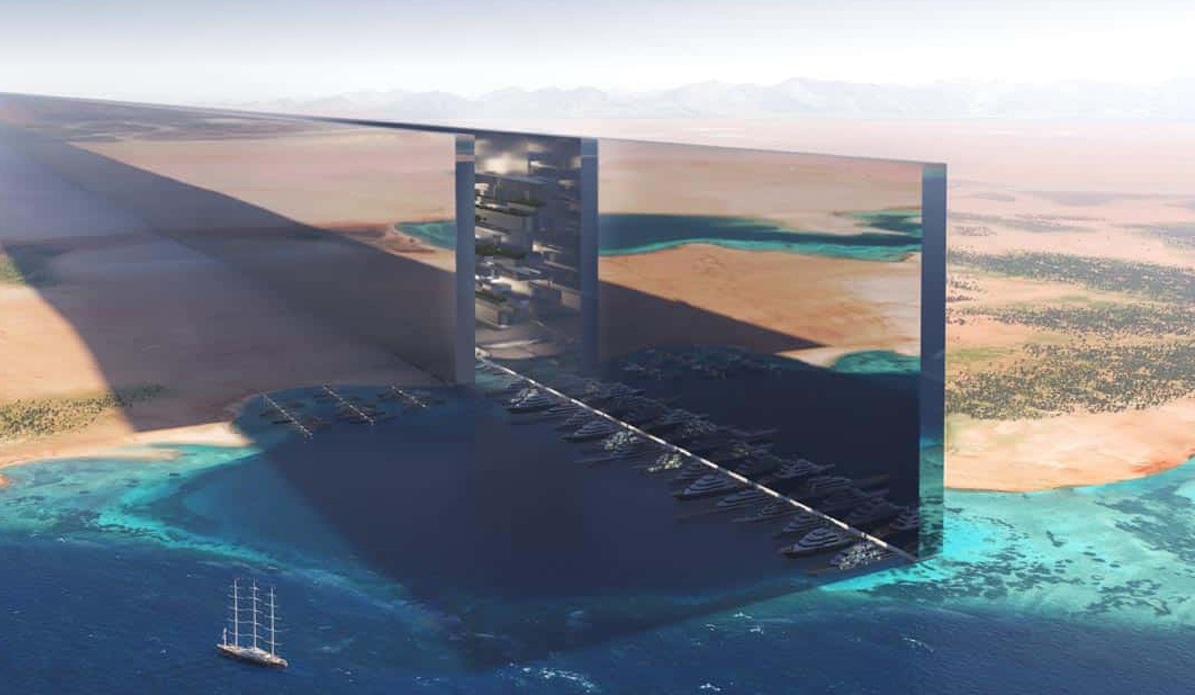 Saudi Arabia’s flagship smart city Neom saw the largest growth this month in terms of ad awareness in the country, followed by tech giant Apple at number two and Japanese conglomerate Sony in third place. According to YouGov BrandIndex data, which tracks brand perception on a daily basis, these three brands saw the highest increase in ad awareness during July, making them our top three Advertisers of the Month in KSA.

Ad Awareness asks consumers if they have seen an advertisement for the brand in the previous two weeks, and the difference between low and high scores for the month determines YouGov's Advertisers of the Month. 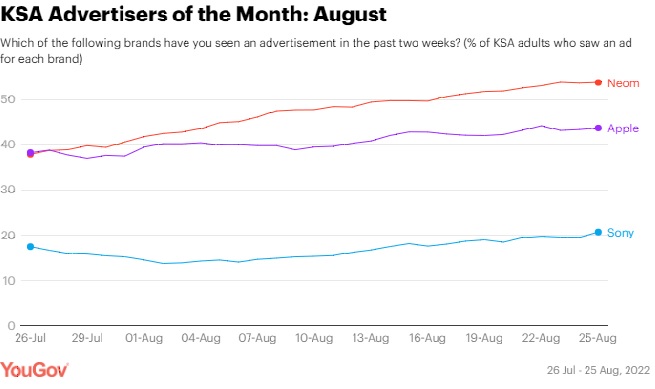 Neom saw a rise of 15.8 percentage points from 37.9% on July 26 to 53.7% on August 23. Saudi Arabia is planning to build a zero-carbon city at Neom. The crown prince recently announced a detailed plan within the futuristic city for twin horizontal skyscrapers that will stretch more than 100km. A glimpse of the vision was out on its Twitter account which has garnered more than 28 million views.

Tech giant Apple, which ranked number two on the list, launched its first regional academy for women called Apple Academy at Princess Nourah University in Riyadh. More than 100 young women graduated from the academy, which has been set up by Apple in partnership with the Saudi government to provide new job opportunities. The brand witnessed an ad awareness rise of 7.1 percentage points from 37.1% on July 29 to 44.2% on August 22.

Ranking third on the list is Sony, which witnessed a rise of 6.9 percentage points from 13.8% on August 2 to 20.7% on August 25. The rise could be associated with the release of Call of Duty, Vanguard edition video game. The PlayStation owner recently announced that it is taking over Savage Games Studios to enter the mobile gaming market.

YouGov BrandIndex collects data on thousands of brands every day. A brand’s Ad Awareness score is based on the question: “Which of the following consumer brands have you seen an advertisement for in the past two weeks?” Data from surveys of adults aged 18 years and above residing in the KSA from July 26 to August 25, 2022. Ad Awareness scores are based on a four-week moving average. The change in scores for each brand is calculated by taking the difference between the highest and lowest scoring days within the period. Learn more about BrandIndex.