Understanding The Growing Phenomenon Of NFT's
Insights People
Back

Understanding The Growing Phenomenon Of NFT's

Prem Ramachandran, Founder and CEO of White Water Public Relations and Author shares with Communicate the reasons behind the popularity of NFT's and how he's leveraging the trend for the launch of his new book. 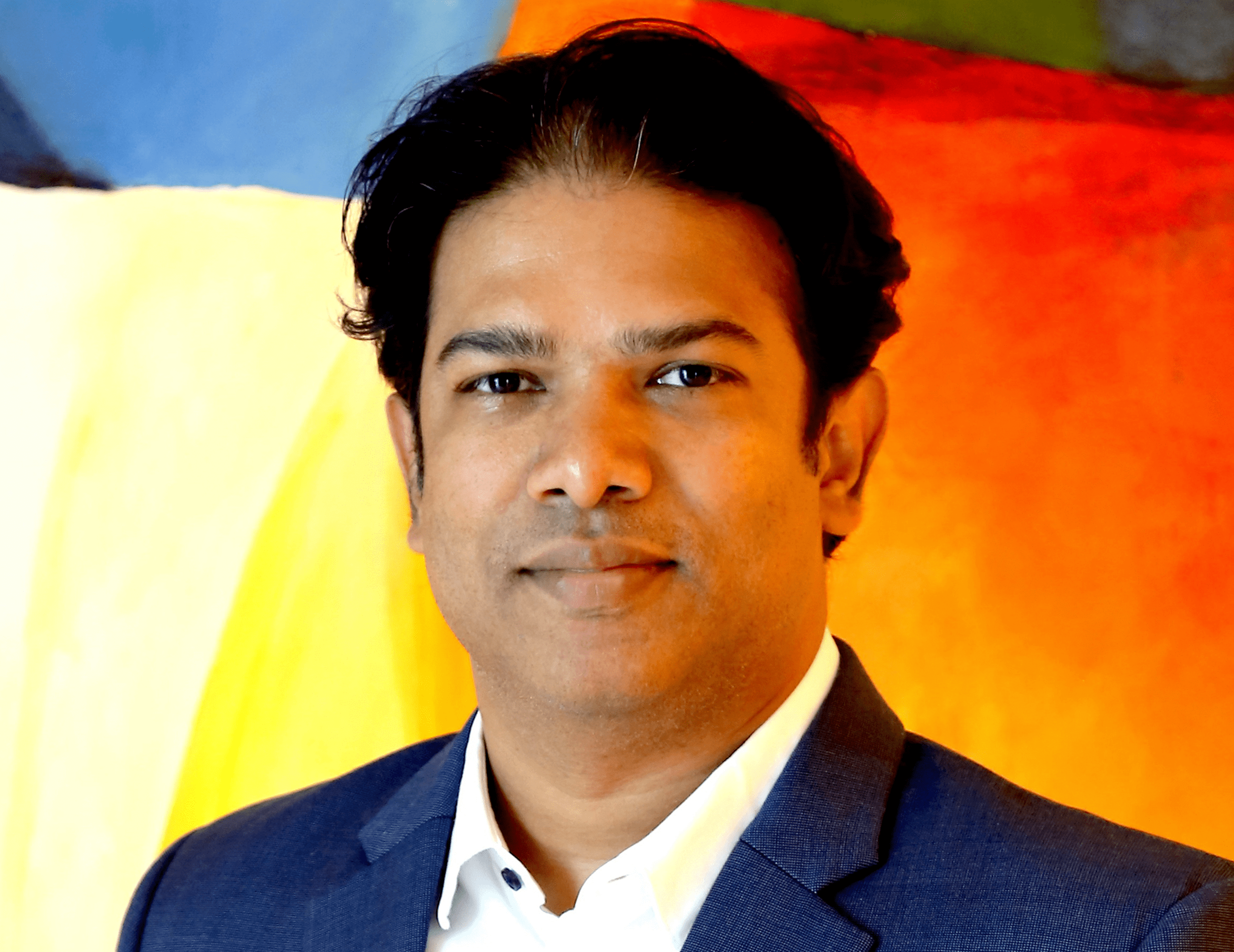 Even if you only have a vague idea of the crypto universe, we're pretty sure you've heard the term NFT buzzing around here there. You've probably also seen alot of people from artists, brands and creators getting in on the trend. But do you actually know what an NFT is or how it works?

Communicate decided to explore this growing phenomenon by having a chat with Dubai-based Founder and CEO of White Water Public Relations, Prem Ramachandran, who's currently planning to unveil the listing of the world’s first-ever yet to be published Non-Fungible Token (NFT) fiction book cover as part of a marketing campaign for the launch of his new book, Return of the Sabretooth Tigerarian. Ramachandran educated us on how the NFT hype began, how it's adding value for his book launch and advice for brands who want to get in on it.

Could you give us the layman's definition of what an NFT is and how it works?

Basically, a Non-Fungible Token, better known as NFT is a unit of data stored on a digital ledger, called as ‘blockchain’, which certifies a digital asset to be unique, and therefore not interchangeable. NFTs can be used to represent items such as photos, videos, audio, and other types of digital files. In layman’s language, NFTs can be best described as computer files embedded with proof of ownership and authenticity, just like a record or a deed.

On the other hand, a fungible asset is something with units that can be readily interchanged - like money. For example, you can exchange an AED20 note for two AED10 notes, and it will have the same value. However, if something is non-fungible, then it's impossible to interchange – for instance a house or a Pablo Picasso Painting - which is one of a kind. You can take a photo of a house or buy a print but there will only ever be this one original painting.

What's the reason behind the popularity of NFT's? Why is everyone trying to get behind it?

Many artists in the past have created beautiful and mesmerizing digital art but were never given due credit. There wasn’t a window of this stature that was ever available to them. They have perhaps created zillions of social media posts but never got anything major in return. Today these artists of all kinds—authors, designers, musicians, filmmakers view NFT as a new platform of possibilities, where they are recognized the world over. Some artists have already made millions and can now spend the rest of their life on the beaches of Dubai or Hawaii or both.

Artists, sellers, or authors like me who want to sell their work as NFTs will have to sign up with a marketplace, then ‘mint’ digital tokens by uploading and validating their information on an Ethereum blockchain. Doing so usually costs up to AED1000 and more depending on the marketplace to initially get listed. They can then list their piece for auction on an NFT marketplace, such as OpenSea, which is one of the world’s first and largest NFT platforms. This is the platform that I chose to launch my NFT book cover.

How did this hype begin?

The NFT seed was sown a few years ago in the digital world, however, it got the much-needed boost in the arm only during the recent Christie's sale of an NFT, by digital artist Beeple, that was auctioned for US$69.3m setting a world record for digital art. NFT’s have changed the way we look at blockchain. Vignesh Sundaresan and Anand Venkateswaran, who hail from India, coincidentally secured their place in art history when they parted with millions of dollars for this Beeple digital artwork stored in a JPEG file.

You're launching an NFT book cover along with the launch of the book itself. Could you discuss about how the cover was made?

I am proud to say that this would be one of the world’s first NFT book covers of a yet-to-be-published book. The book is slated to be launched by July 31st, 2021. I worked with an illustrator to create the book cover. I then created my own NFT cover by minting it and am proud to say that it is now part of the ethereum blockchain. From the point of view of publishing a book, [the NFT cover listing] has created a kind of history of sorts, as something similar has never been attempted before. This was a great learning process for me and the blockchain journey has been interesting thus far. I plan to help other brands to explore this medium as an effective and creative marketing platform.

The reason why I chose to launch this NFT book cover is to create that initial differentiating factor and awareness for the book. Also, by owning this NFT book cover, the buyer can perhaps benefit eventually when the actual book is launched and sell the NFT for a higher price in the secondary market. I am yet to embark on a full-fledged marketing campaign for the book. However, this will surely help me to create the desired awareness in the market. I will soon be announcing this in other markets like India. I am based in Dubai so wanted to announce it here first and then go to my home country and announce it there as well. UAE has currently emerged as one of the leading blockchain hubs in the world.

What kind of value does the NFT book cover bring for the book itself?

As I mentioned ‘Return of the Sabretooth Tigerarian’ is the first such book cover in the world and as an author this is a big achievement and the kind of detailing, we have done on the cover itself is something that the NFT collectors would appreciate. [The value of the NFT cover] would gather momentum [once the book is launched and begins]  to catch the attention of readers across the globe.

The buyer of this super rare NFT digital book cover is being sold for 9 ETH. Then there will be 10 limited edition book cover images that will be sold for 5 ETH each. The other two black and white sketches of the 'Chariot Race' and 'Big Brother' from the story will also be sold for 2 ETH each. NFT collectors can view and buy these unique NFTs from the platform.

How can marketers leverage on this growing phenomenon?

NFT is not everyone’s cup of tea. You need to be slightly tech-savvy and should be willing to spare some funds to achieve this goal and loads of patience. Marketers can explore NFT marketplaces as another great destination to create the much-needed brand visibility. Brands can profit from NFT brand building campaigns if they are executed right. Whilst studying this market, I have seen some unbelievable campaigns and the brand has made great sales and has also built huge level of awareness.

Just to give you an example - TIME magazine auctioned three first-ever NFTs inspired by one of TIME’s most iconic covers and including an original cover created especially for the auction. They auctioned it for US$435000. Similarly, there are several other brands that can creatively think and explore this market.  All you need is creativity, knowledge to execute and a vision for the brand.

As the NFT technology is still in its infancy, brands need to explore ways that they can leverage NFTs within their marketing campaigns. For example, marketers can mint luxury designs of their products be it- shoes, pizzas, or cakes,etc and create memorable ad campaigns, or collaborate with NFT creators or influencers. There is a whole new world of  possibilities with NFTs.

As with everything that suddenly becomes the next big thing whether it's crypto or dogecoin or NFT, there'll always be a certain group in the market who speculate it to be a bubble? What are your thoughts on that? Do you believe the NFT space to be just another bubble?

I was part of the tech industry during the late 1990s, the era of the dot-com boom and bust. Every single entity was trying its luck and wanted to have a share of the pie. However, only some [managed to] survive. Paying 69.3 million dollars for digital art is mindboggling, how much value will the buyer get out of it is something that is debatable. For common people, this is unbelievable and it may look like a bubble but I wouldn’t say that it's a bubble. NFT has the novelty factor and this is one of the first use cases where a blockchain platform is being used to this extent. However, there will be a natural process where the wheat will be separated from the chaff.

Bitcoin, touching US$60,000 was unfathomable a few years ago. There is a new world out there and people who have had the first-mover advantage have immensely benefitted from this phenomenon. Having said that, there will be a few NFT platforms that will have their own niche and will sustain their presence. There are also possibilities of mergers and acquisitions eventually. It’s always the case of ‘last man standing’ as we have seen with Amazon and other similar brands. Everything will be managed by one or two brands in few years. NFT could also follow the same route.

The current NFT space is set to thrive in the next few years and there is a mindset shift that is currently taking place across the globe. But to sustain, this NFT industry should have its checks and balances in place to ensure that genuine products are sold, and the buyer gets value for the investment.